You are here: Home / Ponderings / Change 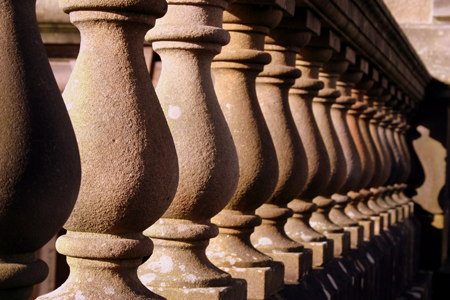 Sometimes it’s not about the change itself, it’s about helping people to see that looking at things drastically different is an option.

Our Toastmaster club is one of the oldest in our area. Since 1959 we’ve evolved and grown (and at times shrunk). A fantastic accomplishment.

Coming in, there are some tweaks we can make to the club because it has a solid base. One potential obstacle was the same thing that any group or organization can experience – people not open to change. Not because they’re bad people or they’re wrong, rather maybe because there is comfort in routine.

After attending training a month ago, many great ideas were shared. Some were presented at our monthly  Officer’s meeting last night. The discussions were fast and furious (ok maybe not quite furious – it was Toastmasters). Great dialog, some conclusions and some change.

Sometimes getting to a reasonable new direction/path/idea is going totally outside of the box. One of my most important contributions to the meeting was to ask a simple question…

Does anyone have any totally different, maybe crazy ideas?

Some people came ready, others maybe are thinking a little differently. Our path is opened to some great ideas, that we’re using to tweak our solid base.

I'm a 50-something wife, mom and business woman. My planner tells me there are a few more roles... but that's a good start. I'm a techie and a small business owner who loves good coffee, dark chocolate & running in the rain. And an empty nester... While … END_OF_DOCUMENT_TOKEN_TO_BE_REPLACED