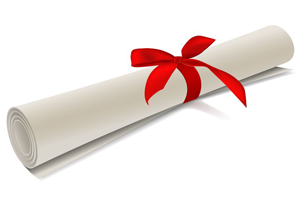 A friend posted this Princeton 2012 Undergrad Graduation Address to his Facebook.

With our eldest walking the stage for his undergrad degree, have a special place for grad addresses.

There was a bit of a dialog about this address. Haha… It can be difficult to convey a complex idea in a FB post. (I know… understatement).

After reading it, I have many thoughts to ponder and share…

A great address. Really focused on the grads, not himself. Too many addresses are testimonials to the speakers, this is thought provoking.

Success means different things to different people. Is it financial security, expertise, social connectedness, or something else entirely? Depends on the person. That not withstanding…

Anyone who believes that there isn’t a lot of luck in their life is someone I’d rather not have coffee with. Any successful person I’ve run across has attributed much to luck and situation (alongside their hard work). Having said that… we make much of our luck by hard work, introspection and continuous learning. The world opens to those who set goals, adjusts to cause them to happen and to set new ones. Call it what you will – luck, faith, intention, etc – the world responds to those who set goals and work to achieve them. But life isn’t fair and not everyone succeeds to the same level. Case in point – I DVR’d an episode of Extreme Makeover the other night. This guy had life going against him and yet he succeeded. Success at weight-loss was important enough to him to focus…  alter his relationship, be homeless for a time, and to endure the death of a son.

Define your success by what you are willing to do/give/forego – make it achievable. Sometimes what you define as success can’t be achieved in the life you are currently living.

On Leadership… There is a difference between Leader and Success. One doesn’t necessarily mean the other. In many but not all cases, it does.

Leadership isn’t random. I don’t believe you can randomly choose a leader any more than you can randomly choose the intuitive, emotive person in the crowd. Any person can be assigned any role. Results of the assignment will vary. While psychology isn’t my expertise, leadership is a combination of many aspects of an individual.  There are more comments on the dynamics of the cookie experiment on both sides – a post for another day. Could it be possible that because we all start as followers that the results of the experiment are possible? That it’s at or near the base? No idea. It is a scary result, none-the-less.

I wouldn’t follow anyone who didn’t believe there was a lot of luck in their life. It’s a humility and leadership issue. Yes there have been many “successful” people who discount luck, but I’ll submit to you that those people are generally pretty shallow in many environments. I have seen people be different in different environments or different roles… have you? In some industries there’s what I’ll call a “bro-factor.” It’s a very frat-like environment. But I’ll submit to you that even in those places you will find true leaders that people will follow into battle, not just superficial successes. Taking that one step further… I’ll submit that those people you think are “shallow” successes in many cases are actually strong leaders and people who are very caring and even compassionate… in the right environment. It just may not be the environment you see them in, because they have to be the strong, successful, leader there… or think they have to.

What do you think? A topic for many coffee conversations.

I'm a 50-something wife, mom and business woman. My planner tells me there are a few more roles... but that's a good start. I'm a techie and a small business owner who loves good coffee, dark chocolate & running in the rain. And an empty nester... While … END_OF_DOCUMENT_TOKEN_TO_BE_REPLACED

Copyright © 2020 PolkaDot Butterfly. All Rights Reserved. You are free to retain any and all content here for personal use, but need permission to use it anywhere else. Feel free to quote excerpts of any post with a link back to the original piece. Contact PolkaDot Butterfly for information on syndicating content or photos.
We use cookies to ensure that we give you the best experience on our website. If you continue to use this site we will assume that you are happy with it.Ok