You are here: Home / Ponderings / You run for HOW long?

You run for how long? is a question people have asked as training gets longer. Usually it’s family or friends who don’t or haven’t run. 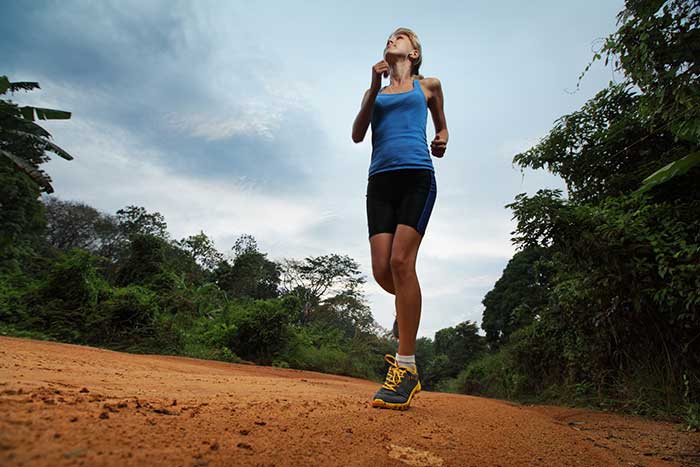 When this half marathon goal was set, it was hard to imagine running for over an hour on a regular basis. Then I started thinking about it. A couple years ago while running/training with a friend, we set a goal to run the local 8K Turkey Trot. Just under five miles, so it probably took just under an hour. It was easier to swallow because we had started with some 5K runs. Baby steps. Running 3 miles is much easier than running 5 miles, at least in your head.

In the same vein, running 3 miles is much easier than running 7.5 miles or even (probably) 13.1 miles. Training is about breaking things up into manageable chunks and increasing the size of the chunks. So that’s the plan. It’s hard to wrap my head around 13.1 yet, so I do what I can and just keep making the chunks (or runs) bigger. I understand the question.

This half marathon will, hopefully, see me crossing the finish around 2 hours and 15 minutes. If things go well.

It seems like a long time to be running… more than two hours. A feature film. This week the long run was 1:19:19. A month ago that would have seemed  impossible to imagine on a crazy humid and hot morning. Now, it’s just another hour to go so need a better playlist.

Most times when people would ask, I used to try to explain. Try and share my goal and how great running is (when it’s over, I feel good & can basically eat what I want). I do understand, but no longer explain. Those who understand, get it. Not cynical, but it can be a touch evangelical. A touch preachy. Never good.

It’s about setting a goal and working it. It’s that simple.

Thank god, the newness must have (finally) warn off. I’ve paid my dues, what I can or can’t do may surprise me but it doesn’t shock me anymore. A new running confidence. Nice.

Yes, I run for that long, for that many miles, that many times a week. While it’s not much or impossible to some, to me it’s the world… at least for the next 12 weeks or so.

What are you working on this summer?

I'm a 50-something wife, mom and business woman. My planner tells me there are a few more roles... but that's a good start. I'm a techie and a small business owner who loves good coffee, dark chocolate & running in the rain. And an empty nester... While … END_OF_DOCUMENT_TOKEN_TO_BE_REPLACED