We knew it was going to be a scorcher but were hoping the 7:16am gun would get us in and out before the warm blanket enveloped the day.

Opening the garage door had that blanket wrapping already.

We were running a bit late… ooopps. For no good reason other than we were dawdling. That happens… Grabbed a banana and headed to Flying Bison.

This is the 2nd year for this run, a fun 15K route around the city that starts and ends at Flying Bison Brewery. Runs around our fair city are flat… our hills are the overpasses and bridges that sprinkle the city over highways, train tracks, water.

There were 700 or so runners this year. We thought around twice as last year. Good to see it grow.

For next year… we should arrive earlier. There’s ample parking around Larkinville but the port-a-potty lines are always winding and long. That first 5K was a little longer keeping an eye out for the stops. I do like when they have something around mile 1… bladder anxiety 😉. 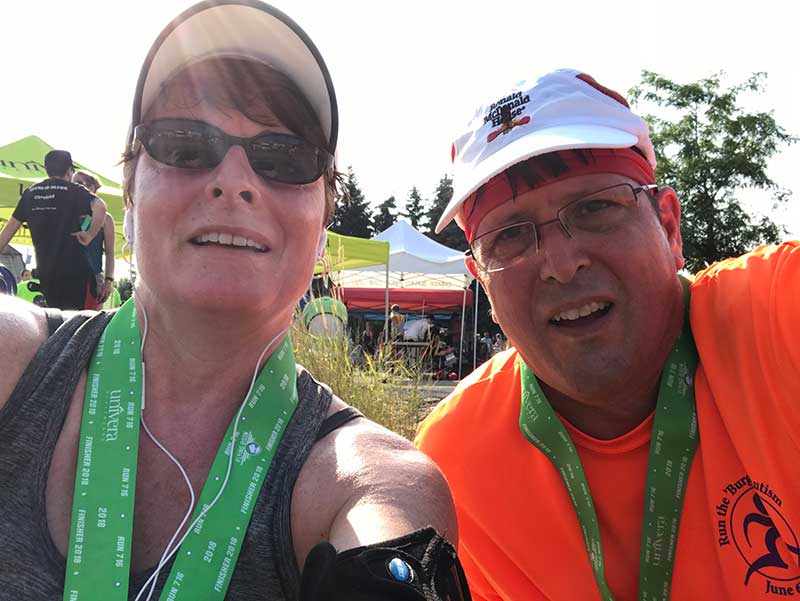 My run was exactly as I had planned. The goal this season was to get back to running with my buddy Morty, that silly left foot nerve with a mind of it’s own. Slow and steady, starting and finishing, dropping that 10 pound layer from not running while eating the same. The plan here was for 11 min miles with run a mile, walk a minute or so around the water stops. Whatever it takes… and it worked, was a little over but I’m really pleased with the morning. The run/walk makes the next day so much easier – a faster recovery and surprisingly a faster run. Oh… and while Morty comes and goes, he’s mostly a little nag letting me know he’s there (neuroma pads and good shoes have helped). The run felt good… of course better once done. My feet hurt the last mile. Thankful for the clap and cheer ladies from Queen City Running Club speeding me up the last .1 to the finish.

For next time – could have run a little faster, it was a strong finish. Keep getting stronger and faster.

Thank you… to Flying Bison, the Run716 team, donors and all the volunteers & Buffalo police who made it a fun running morning with a true Buffalo after party.

Here’s one of the many churches we ran by. 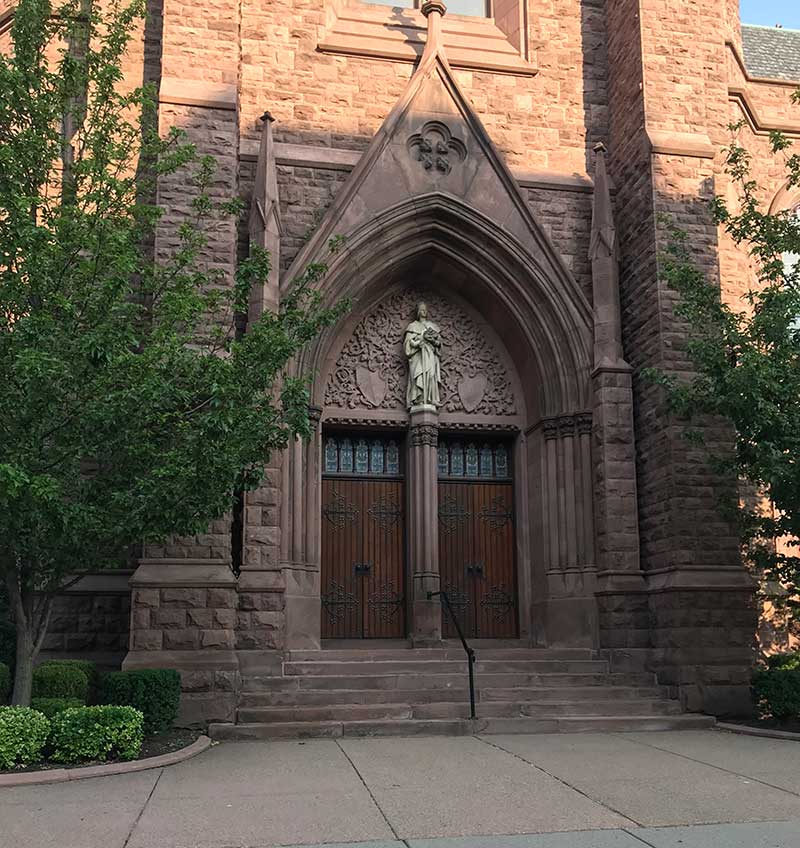 I'm a 50-something wife, mom and business woman. My planner tells me there are a few more roles... but that's a good start. I'm a techie and a small business owner who loves good coffee, dark chocolate & running in the rain. And an empty nester... While … END_OF_DOCUMENT_TOKEN_TO_BE_REPLACED