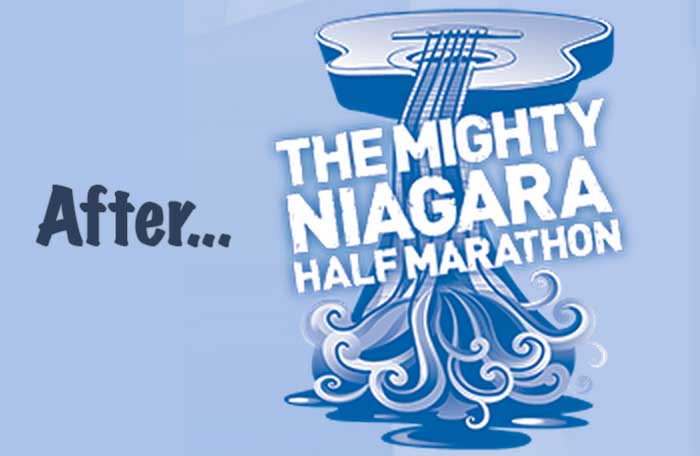 What’s next? After the half?

Right now I just want to get through the next 5 weeks healthy and cross that finish line… on the training side. Don’t want to wish away the month, it’s my favorite time of year.

It is time to start thinking about what’s next.

Since I never thought I could or would run more than 9 miles, every long run is a victory!

So now, what’s next?

I’d like to run another half but feel like I need more strength training before signing up. Maybe next fall to run the October Niagara Falls International Half. Eldest said that was on his list, maybe we can cross it off. He’ll finish the full in the time it takes me to finish the half. That would be cool. I feel like training next time will be less intrusive, now that we know what to expect.

I don’t want to lose where I’m at. It feels so good!

We’ll run the Turkey Trot on Thanksgiving morning. Think my goal should be to run faster. We joined a local running club thinking it would be good (at least for me) to train for the half. The problem is that other than running with friends, I’ve never run in a group. Porter & I seemed to put the pieces together so it wasn’t a big deal. We haven’t been to a run/event.

Now, I’d like to learn about speed and tempo runs. Some things are easier to learn by doing. I’ve read Higdon & Galloway and somethings are easy to read/learn/do. This is something it’s probably easier to just do. Probably with other people. And a trainer. There’s a Fleet Feet Buffalo group to improve your 5K time. Thinking about signing up.

Still pondering but think next is faster…

What’s your next goal?

I'm a 50-something wife, mom and business woman. My planner tells me there are a few more roles... but that's a good start. I'm a techie and a small business owner who loves good coffee, dark chocolate & running in the rain. And an empty nester... While … END_OF_DOCUMENT_TOKEN_TO_BE_REPLACED