You are here: Home / Running / Training Update / A Running First

Here’s my training update this past week and a running first for me.

After my last update, I was a touch concerned… after the 15k was a tired, slow week. Not painful just tired and sloooowww… Hey, that’s OK but coming off my foot I’m probably paying too much attention. No worries.

This past week was a good one – runs Wed, Fri & Sun, strength or flexibility other days. That’s probably why I was a little concerned, keep trying to add/maintain each week… that should mean building or something along those lines.

We skipped the Wed running group – Porter was still recovering from a little issue after the 15K. Local run it was along the river.

Friday we tried a new run – Subaru 4 Mile Chase. It was fun, but hot. Buffalo does know how to throw an after party, it was so much fun. Added perk was sitting in the new Subaru SUV, the Ascent. Nice, very nice.

Sunday was rainy so started later than I wanted but probably needed the extra sleep. Headed out along the river and took a detour into a development for something different. Ooops… coming out had more miles than planned at that point but felt good. Some quick mathing gave the choice of running further for walking longer. So added another mile to make it a 7 mile run, instead of 6. Haha, running friends have talked about doing that but it was a first for me. Usually getting to the target distance is enough of a bar for the day. Adding an extra mile or two sounded like… well, painful. The choice was running or walking and I was feeling good. Running won. There was still more walking that I had planned. Always wrap with at least a half mile walk to cool down – makes the next morning easier. For the win… 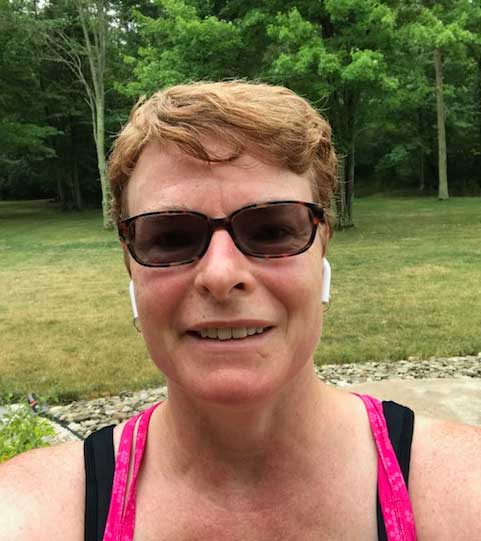 When training for our first half, I started running and walking. Usually run a mile and walk 30-60 seconds for anything over a 5K. As the running gets stronger, decrease the walk time but it makes such a difference in the run and the recovery. Used to feel guilty, now… whatever it takes to reach the target. 🙂

Getting there. We still don’t have a fall half on the calendar. This week…

Note to self… take more pics!

I'm a 50-something wife, mom and business woman. My planner tells me there are a few more roles... but that's a good start. I'm a techie and a small business owner who loves good coffee, dark chocolate & running in the rain. And an empty nester... While … END_OF_DOCUMENT_TOKEN_TO_BE_REPLACED