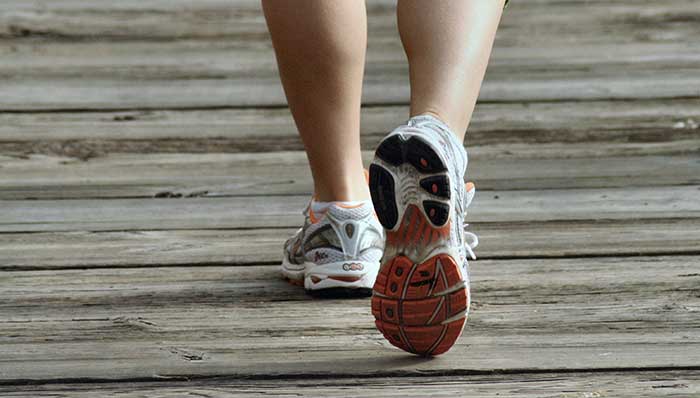 We’re almost there, one step @ a time. It’s time for another non-Training Update Update.

You know, the rest of the story…

Our empty nest has brought many things… I can’t believe I made it to running 10 miles. Well, I didn’t think my body would do it, but it did. At 49 what started out as a bucket list item… to run a half, grew to running a half with my family, and is quickly becoming the idea that I should keep it up.

Why keep it up? Because it feels good, because there are many who can’t & right now I can, because it wasn’t as hard as I thought it would be.

The key has been to build up slowly over time. Over the past three years, I’ve been running and (sporadically) working out. Not with a big goal, but with the goal to build up my body. Small life changes to get back some of the strength that time, an empty nest and life choices have watched atrophy.

With the body changes that happen over life… and with the hormone changes and the lifestyle changes… I found it easier to… give in. To accept the changes in my waistline and to our lifestyle as something that happens. Eating things I shouldn’t, not enough activity lead to… 10-15 lbs above my comfort level, the abs were pretty much shot (no exaggeration here) and there was too much sitting in my day.

Th good news is… There were no drastic changes on this path, just small changes that over time that added up. So it didn’t hurt, it didn’t cause me to feel like I was doing anything other than making good changes. There was no (OK maybe there was just a little sometimes) feeling restricted, nothing that made me want to cheat – because there was nothing to “cheat” on. But it wasn’t immediate either.
So there’s that. It took time and hard work and little changes to the day.

The best word is victorious.

Yea, it’s similar to crossing that finish line, only better. Better because while life has changed with this empty nest, I’ve seized the empty nest. As hard, weird, uncomfortable, freeing that empty nest felt 4 years ago, I love it today. Just like you love each phase of your life… college, newly married, with a newborn (or two), kinder-kids, middle-school, high school… each phase is what you make it. Some are admittedly better than others, but all what you make them.

The road to this half has renewed my belief that I can do anything, even at the half century mark. Guess with the loss of my two main life-long supporters (Mom & Step-mom), I needed that. That training for something like a half marathon is like anything else I’ve ever done. It’s focus, doing the work and seeing the results. It’s understanding that you have to pay your dues and it won’t be automatic, but just about anything is possible.

That it may take time but what else are you going to do with that time?

Might as well put it to good use! Baby steps worked for me…

I’m almost there, 7 weeks to the half. It feels like forever and at the same time like it’s tomorrow. That I need a couple more weeks to get there, but know that I’ll be fine and see a well trained me crossing the finish.

Just about anything is possible… One step @ a time.

I'm a 50-something wife, mom and business woman. My planner tells me there are a few more roles... but that's a good start. I'm a techie and a small business owner who loves good coffee, dark chocolate & running in the rain. And an empty nester... While … END_OF_DOCUMENT_TOKEN_TO_BE_REPLACED