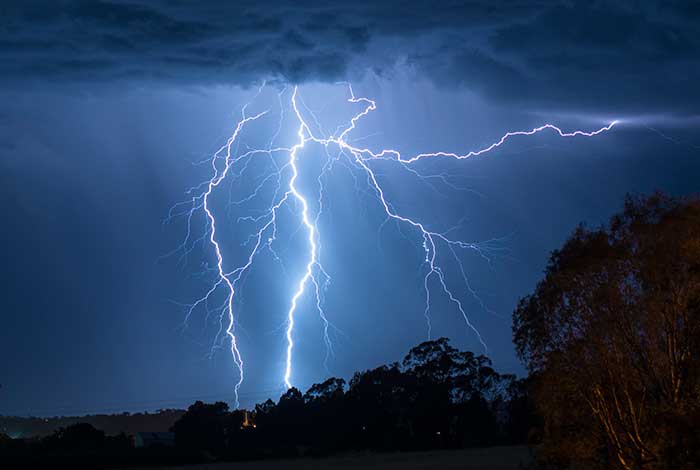 OK so this is taking productive exercise to an extreme!

Friday night, for some reason we were both tired. After a yummy Thai dinner, we have started catching up on Downton Abbey on Amazon Instant Video so started the next episode and settled in.

They had been forecasting a storm, but we hadn’t been watching much news the past couple days so weren’t really paying attention. Anyways, those darn weatherpeople. There are so many factors that it’s hard to get it right and there are so many false alarms. When the storm started with such a show we were glad to be inside and settled.

We moved into a new development a few years ago. One of the fantastic features is that all of the wires(phone, electrical, etc) are underground. That means that instead of losing electricity at the first wisp of a breeze, we have been out twice over the past seven years due to weather. Ha! Such a false sense of security had settled in.

I woke with a bit of a start that early Saturday morning, a little after 5am. Thank God!

At first I did a lap around the house to check that all was as it should be. After assuring myself that, besides being out of electricity, all was well with the world climbed back into bed. It was looking at my peacefully snoozing husband that it hit… no electricity, no sump pump. Shoot… THE BASEMENT!!

Waking my peaceful husband, my morning was rocked as he reached the bottom of the basement stairs and I heard… splash splash.

And so the work began.

We were lucky. To have awoken early enough that the lowest part had a couple inches, that the water had spread around the perimeter, but left the center untouched. That last January we made pass one in prep for a basement remodel. Step one was to install a sump backup. You know the one that works on water pressure? Well you know how that went… got busy, something more important, etc. It was mostly that 1/2 inch of water that gets the box wet but leaves the contents untouched. That it was only clean water.

We must have needed to do this, now.

After two unexpected days, some end of the day pain… the basement is getting back in shape.

We were lucky, waking up early really saved us. We were lucky to be in good enough shape to be able to take care of it ourselves. Right, the empty nest.

Needless to say over the next couple weeks, we’ll be having a backup sump installed…

To stubborn to give into the idea of a generator… when we get that RV….

How was your weekend.

I'm a 50-something wife, mom and business woman. My planner tells me there are a few more roles... but that's a good start. I'm a techie and a small business owner who loves good coffee, dark chocolate & running in the rain. And an empty nester... While … END_OF_DOCUMENT_TOKEN_TO_BE_REPLACED